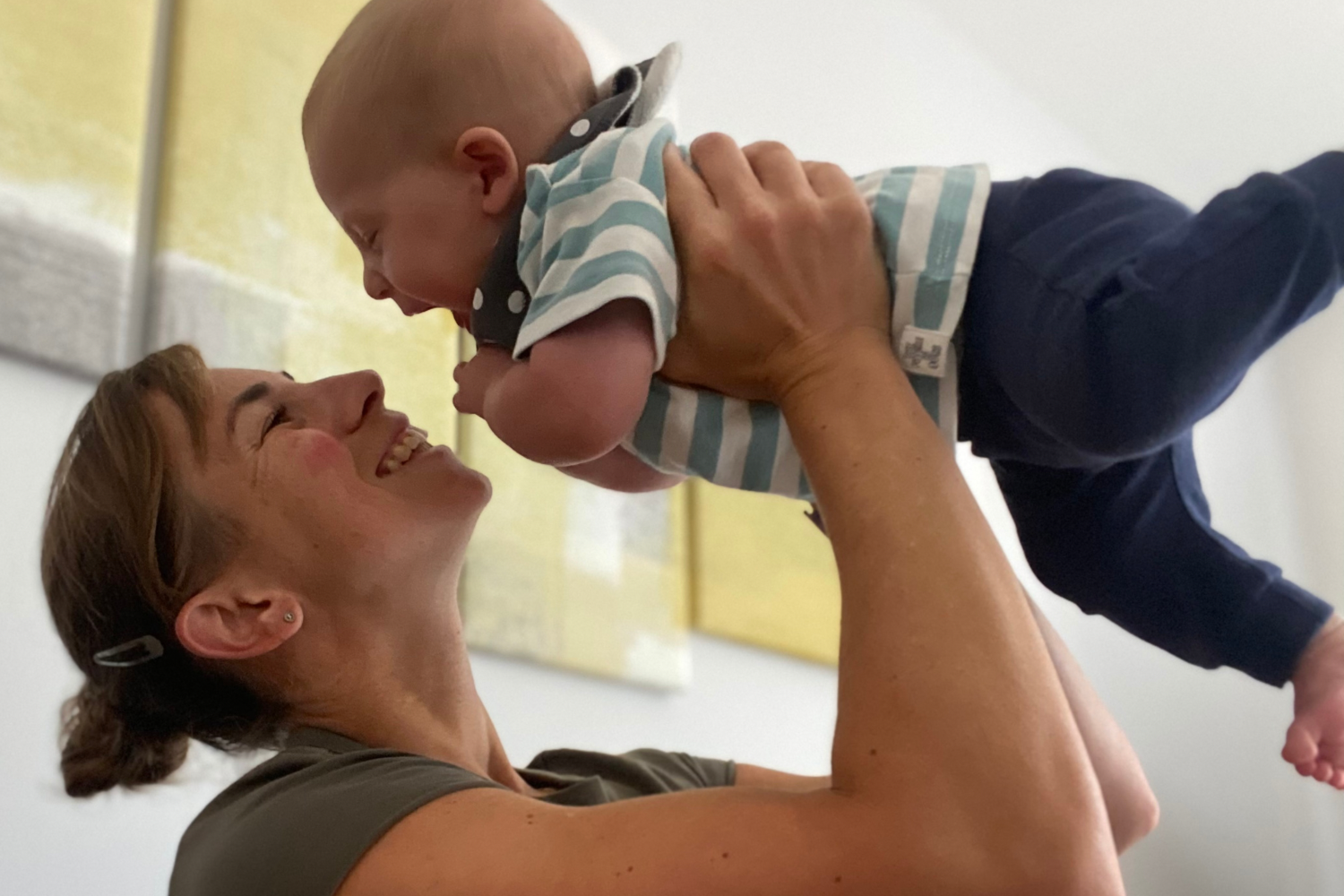 As some of you will know, our beloved William came into our lives some five months ago (I know everyone says it goes fast but this is just ridiculous)!! Having had nearly half a year to adjust to this gorgeous new addition to the family I thought I would share with you my journey leading up to his arrival. I did Vlog each trimester of my pregnancy (which can be found on our YouTube channel) but I haven’t yet told my story regarding labour so here is a slight insight to our story.

So at 37 weeks (when I released my last Vlog) I was starting to swell quite a lot, I mean I couldn’t even get my trainers or even Uggs on my feet. At my 38 week midwife appointment I had to wear flip flops – in February! This appointment was the same as every other, BP and urine check, listen to babies heartbeat and then have a quick chat regarding my birth plan etc. However when it came to my 40 week appointment (1pm Thursday 4th March) things were a little different. The process was the same but this time I had a student midwife working alongside my midwife. The student midwife firstly checked my urine and I will always remember the look she gave my midwife after she tested it, she then mentioned something regarding the level of protein in the urine and proceeded to take my BP, 3 times. It was through the roof, I can’t remember exactly but it was something like 160/110. With that my midwife had a quick chat with me, reassured me everything was ok but she was going to ring Torbay and get me in for a blood test. Fine by me, everything up to this point had been smooth sailing so thought better be safe than sorry.

I got an appointment straight away so headed over to the hospital ringing Kev, mum and dad on the way just to give them a heads up. Also luckily for me I have a very good friend who works on the maternity ward (Lisa) so she came to meet me when I arrived. She took me to my room and then went to the hospital shop to buy me food and some magazines, looked like I was going to be here for a few hours. 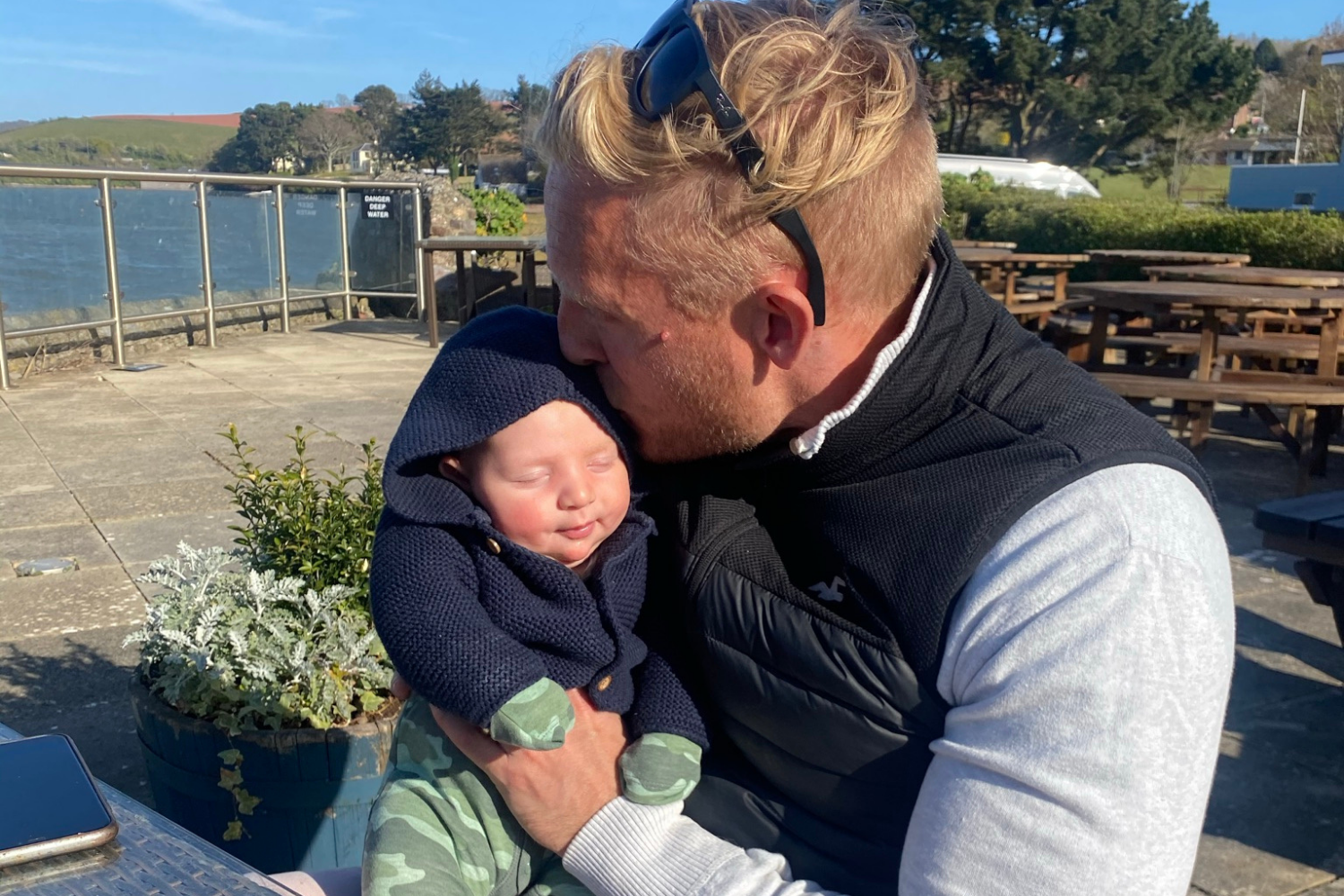 I was placed on a monitor and blood was taken (by this point it was about 3pm) and I was just told to rest with my feet up. I wasn’t too worried, but by then I thought that I was probably going to be staying in for a while and that there was a possibility I will end up having the baby at Torbay. I might add that Kev and I had planned to have William in Newton Abbot Hospital which is a midwife led facility, no pain relief just a water bath. After an hour or so the Dr came in and told me that I had preeclampsia and I was going to be induced that night, so I wasn’t leaving the hospital without a baby. Again I remember staying relatively calm, if that’s what had to be done then fair enough. I rung Kev and explained the situation and that I needed him to bring me my hospital bag, which of course had been packed for weeks. By the time I was moved and Kev had made it over to the hospital visiting hours had ended on the ward and due to Covid I had to go and meet him outside to grab my bag.  Although this wasn’t the ideal situation I thought I would be seeing him in the morning anyway and that the induction may take a while to take effect. Oh how wrong I was!!

Luckily I had my phone with me so could watch a couple of episodes on Netflix and then at 8pm I was induced. It wasn’t the most pleasant experience of my life but at least the process had started and we were soon going to be meeting our little one. As the hours went on it felt like the swelling was getting progressively worse, I was literally walking like John Wayne to and from the bathroom (which I seemed to be doing every 10 minutes). By about 11pm I was getting a slight ache in my lower back, nothing too bad, just uncomfortable. Then at 2am after another visit to the toilet I sat down on the bed and my waters had broken, due a combination of lack of sleep and the increasing pain in my back my first thought was I had actually wet myself. When the nurse came in to change my sheets she was happy to tell me this wasn’t the case and my waters had broken naturally, whoop!! Exciting stuff, the induction had worked.

It was from this point that things started to ramp up. I knew it wasn’t going to be easy but the hypnobirthing course I had completed had prepared me for labour and how to breathe through my contractions. However without Kev there all plans went out of the window and I was not prepared for this, my contractions were intense and not very far apart and it felt like that all night. I had paracetamol, ibuprofen even pethidine to try and help (and there was me wanting no pain relief), nothing was making any difference. By 8am I was examined and hooray I was 5cm dilated, I could then call Kev and get him over to the hospital to help. I don’t think he was expecting me to sound like I did at 8.05am that morning but he got straight in the car and headed over to the hospital. Don’t worry, Bernie and Lenny were already at my mums so they were fine.

As soon as I put the phone down Lisa came strolling in with a coffee and breakfast for me, again I think she was slightly taken a back at the sight of me on all fours screaming into a pillow. She put the food down on the table and said

They were coming every minute, Lisa than rang Kev to see where he was and subtly told him to hurry up. With that in he came, took his jacket off getting himself ready for what he thought was going to be a long day. Wrong again, we were taken straight up to the labour ward and joined by approximately 5 other people (Doctors, nurses, midwives, who knew at this point). Apparently Williams heart rate was starting to drop and he was becoming quite distressed, the medical team tried 3 different procedures to try and help the situation but neither of them worked. So it was at this point the Doctor knelt down in front of me and told us that I needed to have an emergency caesarean. OK fine, it wasn’t what I was expecting but it had to be done and just like that I was whisked off to theatre leaving Kev in the labour room on his own. Luckily Lisa came down to be with him and help to get his head around everything that was going on. 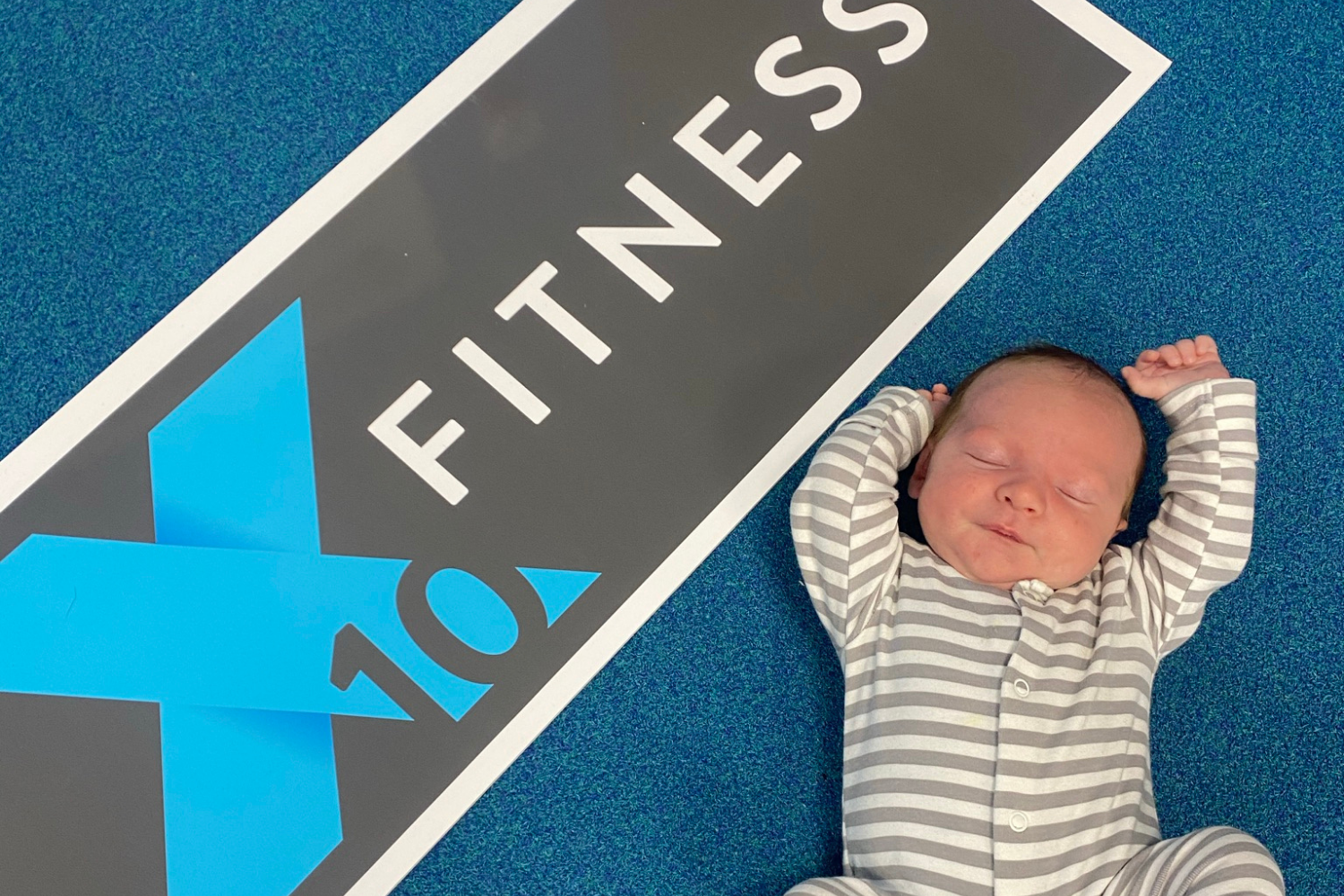 Then at 9.42am on March 5th William was born, he was completely healthy, he obviously got bored of me and just wanted out. He needed just a little oxygen but other than that all was good. The nurse then came and told Kev the good news and then he got to spend the next few hours sat with him in his arms. I had to remain in recovery for a couple of hours as my BP did not want to settle down however one of the midwives suggested I would probably be happier in the room with my husband and brand new baby. How right she was.

Luckily William was born in the morning which meant Kev could stay with us all day, come 8pm when William and I were taken to the ward he was told to leave. I can’t even imagine how Kev felt at this point, it was hard enough for me but for him to leave his wife and new born baby must have been heart breaking.

Due to the preeclampsia I had to stay in hospital for at least three days. My BP was still very high and I had to be monitored, there was a slight risk I could have a seizure if it wasn’t kept under control. Visiting hours were still quite strict (one hour a day). So Kev had booked in his hour slot to visit on the Saturday and luckily because I was the only one in my room he was able to stay for about 3 hours, the same happened on the Sunday. By Monday I was ready to go home, I was uncomfortable, restless and ridiculously hormonal. There was talk that I might be able to go home on the Monday but my BP had spiked (even with all the medication I was on) which meant another night in hospital. That night was the hardest, I had geared myself up to thinking I might be going home plus William was a hungry little boy and I was really struggling to get in and out of bed due to my scar and the obscene amount of swelling. Finally by Tuesday evening I was given the green light and allowed to go home. Looking back at those four days (as hard as they were) they allowed me to work out some kind of routine with William. The midwives were fantastic and were able to help and assist me in every way possible, I can’t even imagine how new mums feel taking their little one home a few hours after birth. For the next week or so after I had to visit the midwife every other day to have my blood pressure checked and thankfully it was starting to slowly come back down to normal, the swelling was starting to fade and I was feeling better by the day. I knew the road to recovery was going to be a long one, particularly because I can’t sit still. I had to make sure I took things nice and easy and with the overwhelming and continued support of our friends and family I was able to do so. 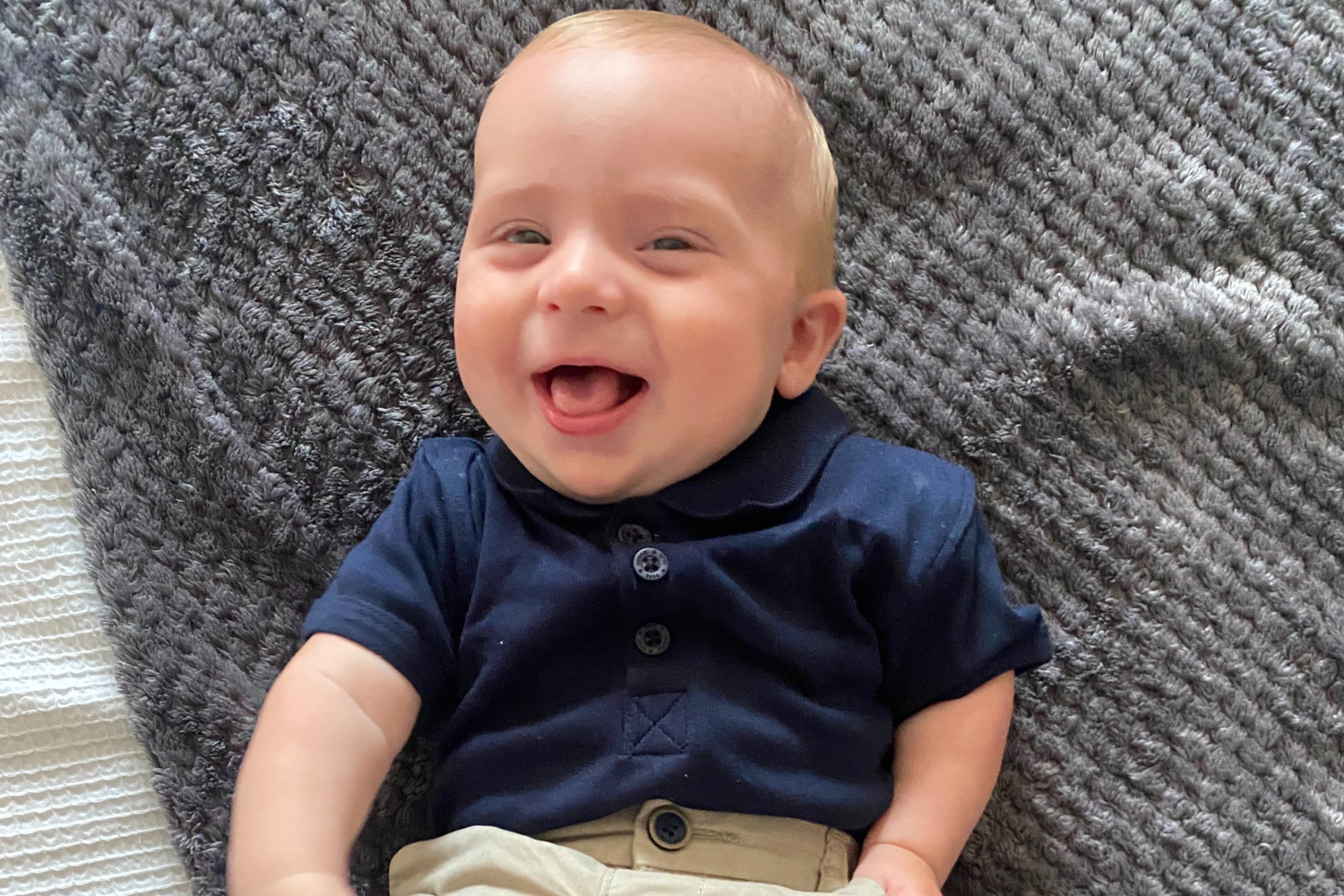 Five months on and it feels like William has always been here, he’s a happy, blonde hair, blue eyed superstar who seems to be growing every day. He may have had a dramatic entry into the world but it was worth every second.